BENU Aptieka in cooperation with the Children Hospital Fund has organized for a second time a wide discussion about paediatric oncology in Latvia. This year it was held on February 15, the International Childhood Cancer Day, and focused on more efficient therapies for children, necessary funding, as well as treatment options in Latvia and abroad. In 2018, almost 50 children in Latvia were diagnosed with oncological diseases, and every year some 40-50 little patients in Latvia are diagnosed with cancer. 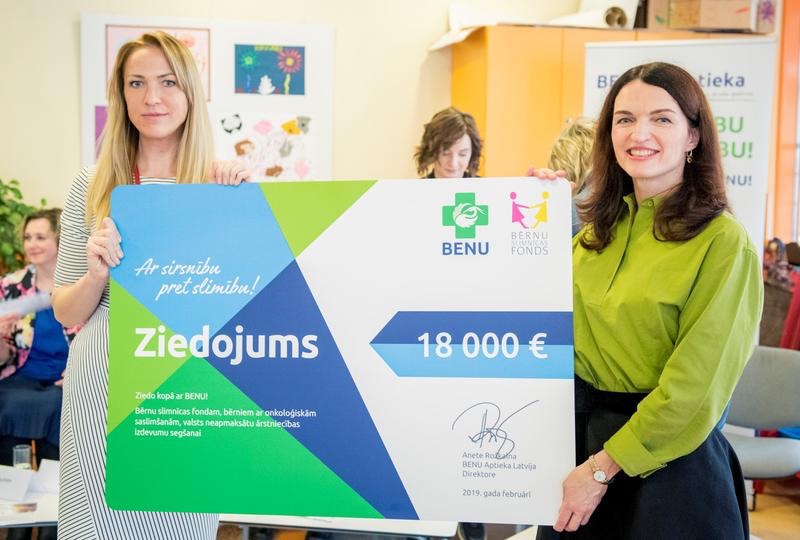 The participants of the discussion included Pēteris Kļava, a popular and widely recognized reanimotologist from the Children University Clinical Hospital (CUCH),  Žanna Kovaļova, a hemato-oncologist from CUCH, Ilza Apine, the head of the Diagnostic Radiology Service of CUCH, Ieva Lejniece, CEO of the Children Hospital Fund, Anete Rožkalna, director of BENU Aptieka Latvia, Vizma Vīksna, head of the BENU Aptieka Latvia Pharmacy Department, Katrīna Puriņa-Liberte, the campaign’s ambassador, blogger, a doula and mother of two children, Andreta Līvena, the head of the International Cooperation Department at the National Health Service, Zinta Rugāja, the head of the Medicines Evaluation Unit at the National Health Service, as well as parents whose children needed support in treatment of cancer.

The discussion was broadcast live not only on the Facebook page of BENU Aptieka, but also on Latvia’s biggest news portals delfi.lv and Tvnet.lv, as well as on family portals Calis.lv and mammamuntetiem.lv, reaching a very wide audience and arising public interest.

The discussion was organized as part of BENU Aptieka’s charity campaign “With cordiality against disease! Donate together with BENU!”, which so far has collected EUR 45,000 in donations. This amount was used to cover the costs of treatment of oncological diseases   in children which are not paid by the state. Last year this support allowed the Children Hospital Fund to help 50 patients.

Anete Rožkalna, director of BENU Aptieka Latvia, noted that two goals were set before the campaign. First, to direct the donations to Latvian children diagnosed with oncological diseases in order to cover the expenditures not paid by the state. Second, to draw public attention to paediatric oncology in Latvia and to initiate a discussion about treatment opportunities in Latvia and the availability of necessary funds, as well as bout the treatment process in general.

“This year EUR 18,000 were donated to the Children Hospital Fund, but the total amount collected since the campaign began is EUR 45,000 EUR,” A. Rožkalna notes. She emphasises  that BENU Aptieka’scampaign will be continues in 2019, and not only clients of BENU pharmacies are participating in the campaign with their donations, but BENU Aptieka also makes its contribution by doubling the collected amount.

Ieva Lejniece, CEO of the Children Hospital Fund, that this a big amount which enabled the fund to help 50 patients.

Information about the discussion, as well as news about BENU Aptieka donation to the Children Hospital Fund attracted wide attention from media, including Latvia’s biggest news portal delfi.lv and Latvian TV.