At 14:15 on Wednesday, 27 May, the representatives of the Estonian Academical Society of Pharmacy and BENU Apteek Eesti OÜ signed an agreement that will establish a scholarship fund for the research and scientific work in the domain of social pharmacy.The fund will be created with a view to increasing the popularity of the pharmacy specialisation among the young because even today the shortage of qualified pharmacists in Estonia already amounts to 100–150.

By means of the agreement to be signed by Karin Kogermann, the member of the board of the Estonian Academical Society of Pharmacy (EASP), and Kaidi Kelt, the retail sales director of BENU pharmacies, both parties want to demonstrate that closer cooperation of the university and the private sector can attract more your people to studying pharmacy. 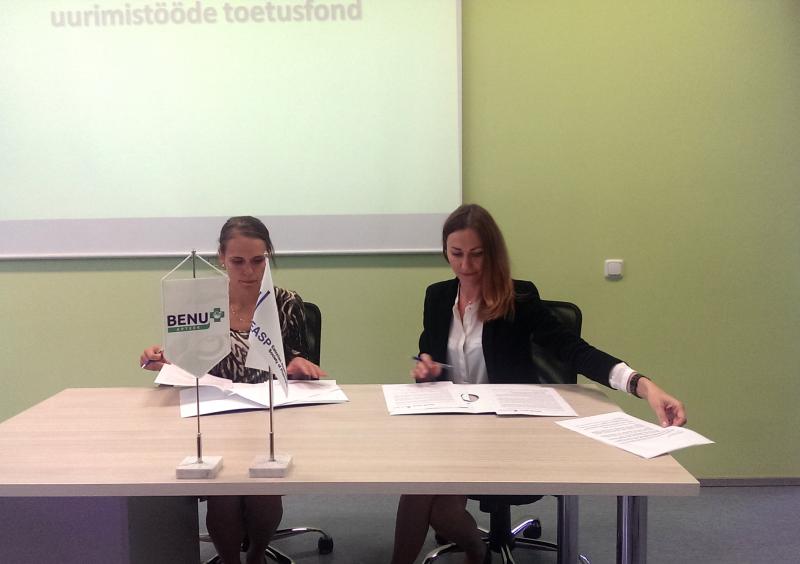 state-funded university places has unfortunately decreased, and the profession has lost its popularity with young people.” According to the head of the chain of pharmacies, the imbalance can be corrected by means of cooperation with the university and the state, but students will need to be motivated, the reputation of the field of studies will need to be improved, and the understanding that a pharmacist is not a sales assistant but rather a doctor’s “useful second” will have to be instilled.

It is the establishment of the scholarship system that both the EASP and BENU Apteek believe to be the first step towards improving the situation: it will motivate the young to choose pharmacy as their field of studies and to perform high-quality research and scientific work in the domain.

“The fact that a pharmaceutical company invests the money it has earned into the development of education and research in the domain of pharmacy highly approvable. This is one of the signs that Estonia has become a developed country; this means moral and material support to current and future students and their supervisors, which will contribute to the popularity and sustainability of the profession,” Ain Raal, the head of the Department of Pharmacy of the University of Tarty and a member of the committee that will be processing scholarship applications, appreciated the establishment of new scholarship funds.